Should You Install an ATM in Your Bar?

ATM's can be an excellent way to generate additional revenue for your restaurant or bar. Curious to see how much you could make? Let's explore. As the owner of a restaurant, bar, or nightclub, you’ve probably explored a bunch of different ways to squeeze some more cash out of your business’s regular operations and reduce your operating expenses.

Turns out, there’s a relatively quick and easy solution:

I know what you’re thinking: They’re a bit of an eye-sore and not worth the trouble, right?

Well you might be surprised to learn that there are some serious benefits that come with installing an ATM in your independent bar or restaurant.

Benefits of Installing an ATM in your bar or restaurant

Credit card transactions typically cost you up to 3% per purchase and quickly add up, especially if you’re a high-volume, lower margin establishment. Restaurants Canada spoke with Canadian restaurant and bar owners and found that “members tell us that the high cost of credit card fees continues to eat into their bottom line.” and “the fees that credit card companies charge Canadian businesses are among the highest in the world and have long been a major concern for foodservice operators across the country — 80 percent of Restaurants Canada’s members say they hurt their bottom line.”  (Notwithstanding recent health guidelines related to encouraging card transactions vs taking cash during the COVID pandemic): With a readily available ATM, and encouraging cash sales, you can reduce the number of transactions that you handle via credit card.

"One of the best ways to circumvent the fees levied by restaurant ATMs is to purchase your own." Each independent restaurant or bar owner has a differing willingness to invest in something like an ATM. The plan or product you choose will likely depend on how much capital you have to invest, and whether you’d rather do most of the work yourself or let the ATM company take care of maintenance for you. At the end of the day, there is no single best solution, only tradeoffs between how hands-off you want to be and how much of the profits you want to keep.

One thing to note however, if you choose to go the shared-ownership or leasing route: these arrangements usually have iron-clad contracts, are hard to get out of, and have auto renewals. Make sure you read the fine print. Most ATM companies will offer some variation of the following plans:

You Own, They Service

You Own, You Service While installing an ATM that is leased to you by a third party is definitely the quickest and easiest option initially, I recommend purchasing your own machine for a number of reasons.

First, any of the profits generated from the ATM are 100% yours.

Second: You can stock the ATM with the cash generated from your sales (after recording them for tax purposes of course) so that you don’t have to pay standard bank cash deposit fees. (Note, you will be responsible for maintaining and re-stocking your ATM.)

Third: While purchasing an ATM outright can cost anywhere from $1000 to $10,000 dollars, they typically pay themselves off by the end of the first year, and become cash flow positive for your business, adding to your bottom line for years to come.  According to Business News Daily, you can expect to make $2-3 per transaction.

Small Biz Trends interviewed National Cash Systems (an ATM seller) and found that their customer’s ATM’s are used about 300 times per month. With a $3 transaction fee, that’s roughly $900 per month or $10,800 per year. The Washington Hospitality Association says, “One of the best ways to circumvent the fees levied by restaurant ATMs is to purchase your own. When you do this, instead of being charged fees by restaurant ATMs, you will be collecting fees for their use. Sure, it may be only a few dollars at a time, but if you figure that 100 or so people will use your restaurant ATMs each week, you will end up collecting hundreds of dollars every week. In a short period of time, restaurant ATMs pay for themselves and quickly start earning you a significant profit.”

Where to source your own ATM

There are a number of companies selling ATM’s as either 100% ownership, leased, or various commission plans. Rapid Cash, National Link, First National, and Cardtronics are all solid options with thousands of customers in Canada and the US. So, should you install an ATM? 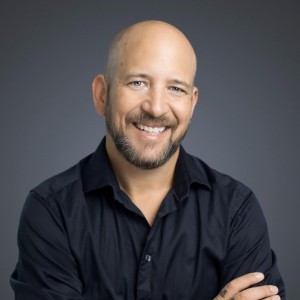 Kyle is pleased (and surprised) to be a 25 year veteran of the food and beverage industry. He's fortunate to have worked with some of the most amazing people along the way. He is the Co-founder of the Warehouse Group, and Hailo Data, and recipient of the 2019 Ernst and Young Entrepreneur of the Year award.
Facebook
Twitter
LinkedIn

Need help with your bar or restaurant? Reach out to us to learn more how Hailo Data can save your business time and money.